it seems like this time of year wherever i go i see pumpkins. they’re everywhere. in grocery stores, farmers markets, farm stands, store windows…of course this has a lot to do with pumpkin carving. scary faces lit up in the windows of homes in preparation for halloween. i wonder how pumpkins feel about this. it’s like those childhood stars who started off playing roles in popular tv series and could just never seem to shake it. pumpkins have so much more to offer then just carved out faces. i mean don’t get me wrong. i love the art and fun of carving pumpkins as much as anyone. i’m just saying there’s so much more to them than that.

how about their bright, plump, autumn characters and  their smooth creamy flavor they add to fall dishes. especially dishes that involve the words pumpkin and bread.

not only are pumpkins cool looking and taste delicious in baked recipes and other dishes but they also have a load of health benefits. you can read about them here. who knew pumpkins where so good for you? 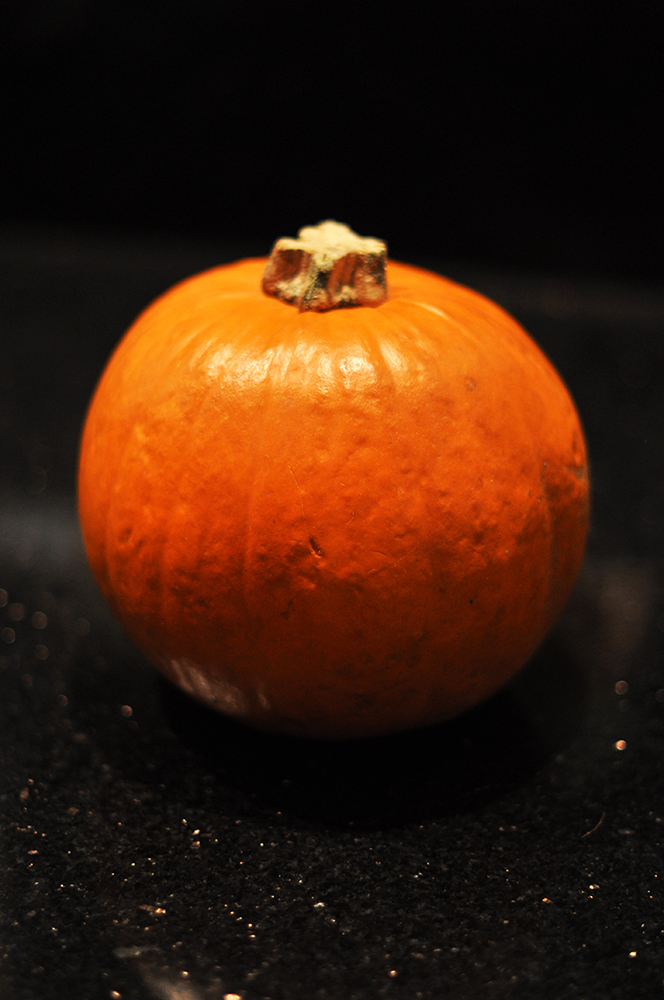 because i eat gluten free, bread is not a common part of my diet. that being said. i’ve been experimenting a lot more in the kitchen since i went gluten free and for some reason after picking up this beautiful pumpkin all i could think about was pumpkin bread. i’ve decided to look at baking the same way i look at life. it’s all an experiment. sometimes you try something and it works out and sometimes it doesn’t but there’s always something to learn regardless of the outcome.

i just decided to go for it. try a new recipe. see how the experiment turned out.

not only am i gluten free but i also try to eliminate sugar from my diet as much as possible. i’ve never had much of a sugar tooth and really never ate a lot of breads or grains in the past but when i did i would always end up feeling terrible afterwards. i just recently read a book that really explained why this is and how gluten and sugar affect our bodies and our brains in not so great ways.

how i came across this book is part of my story. i was feeling quite ill about 6 months ago. it started with digestive problems then turned into a crazy list of other symptoms including extreme fatigue, nerve spasms and pain throughout my body that would move from one area to another throughout the day. parts of my my clothing, straps on my shoes, tags from my shirts would cause pain in areas of my body that was almost unbearable. i had heightened sensory sensitivities to noise, temperature and light. my nervous system felt like it was in a constant state of heightened alertness. it was a frightening time for me and my family.

the sad thing is that i started to believe them. i began to let their words convince me that i had a disease and there was nothing i could do about it. but here’s the thing. every symptom we experience is our bodies way of telling us that there is an imbalance. the symptoms are the bodies way of communicating to us. asking us to listen. instead of allowing doctors to take my health away from me in their “diagnosis” and “disease labels” i decided to pay attention to my symptoms. to listen to my body. to commit myself to healing and feeling well again.

so i read this book along with many other resources about autoimmune conditions and the connection to gluten and it all made sense. gluten (at least the gluten in the united states) and sugar have inflammatory effects on the brain and body. fibromyalgia is an autoimmune condition which is directly related to an imbalance in the nervous system. the nervous system is the brain. when we eat foods that cause inflammation, they cause inflammation in the brain, the nervous system, the body. eventually our bodies wear out from fighting against this inflammation for so long and we develop symptoms. after reading this book and putting the history of my health together, including my autoimmune diagnosis of hashimoto’s thyroiditis, i wondered if it could be related to gluten.

so this is what i did. i stopped eating gluten. after a few days the pain lessened, after a few weeks the fatigue became less. after a month my fibromyalgia symptoms were gone. i mean gone.

now i have to add that there were some lifestyle changes that i consciously chose to make because i truly wanted to get better and i believed that i could get better. here is what i did.

ok. enough of that. can you tell how passionate i feel about our bodies ability to heal itself if we commit to healing?

so here’s my recipe

boil pumpkin for 30 minutes or until fully cooked

puree cooked pumpkin slices in blender or food processor. mix all ingredients together.

while pureeing pumpkin you can add a little olive oil, himalayan sea salt and organic cinnamon to the pumpkin seeds and bake until golden brown. see link above for health benefits of pumpkin seeds.

grease inside of muffin tin and pour mix into muffin tin

bake for 13-15 minutes. stick a toothpick in muffin to see if it’s cooked through

serve warm. cut in half. spread a little organic butter and honey in the middle of muffin. drink with your favorite warm drink. i love warm organic coconut milk with organic chai tea. don’t you just love this mug? my husband and i each bought one on a visit to san francisco. it reminded us of ourselves. i smile every time i use it.

be well. take care of yourself. take back your health. if you are feeling imbalanced look for ways to get back into balance. believe you can heal. take the steps you need to take to heal. invest time in your healing. stop making excuses about why you can’t heal. your body wants to heal. you can heal. you will heal. here’s to healing.

how to mend a broken heart